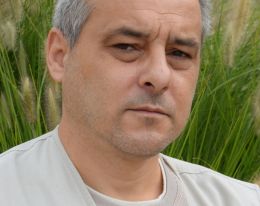 Balázs PÁL NAGY joined the Pannónia Film Studio in Kecskemét (the legal predecessor to Kecskemétfilm) in 1985, after having completed a degree in mathematics and drawing. Over the course of the next 15 years, he worked on television series and made advertisements and educational films. He regards education as his most important task. In the 1990s, he began to educate and nurture talents who could join the team at the Studio to replace members of the older generation who were leaving. In the early years of the new millennium, he took part in educational programs in animation in the city of Nyíregyháza on several occasions. Since 1995, he has taught the basics of animation, applied graphic arts, and photography as an instructor in the Kondor Béla Visual and Applied Arts Department of the Kandó Kálmán Technical School in Kecskemét.