Fire is out in the stove, so Leo and Fred draw lots to decide who should go out to collect firewood. Grudgingly and shivering, the unlucky Leo goes for the wood in the cold snow. Fred becomes worried as the lion has not come back for a long time. He finds Leo frozen and covered by snow. Fred brings him in and tries to melt him out, only to turn the snow lion into a bucket of water. Leo tricked him! Fred bursts out to the shed to punish the lion. This time, however, he finds the real frozen Leo! He carries him back to the trailer. With fire in the stove now, Leo and Fred are covered with blankets and sneeze continuously. 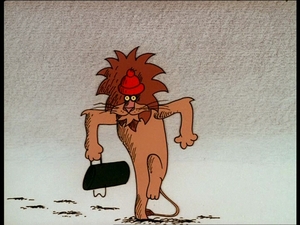 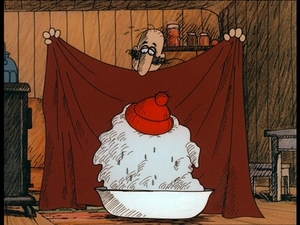 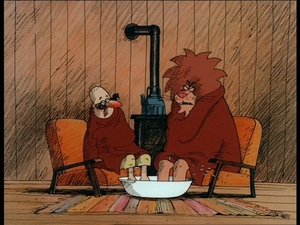