Our short films and series made in the past two years were competing in festivals at home and abroad.
At the Hungarian Film Week (7-11 February), organised for the fourth time this year, showed Dóra Keresztes’s Flower of the World, World of the Flower, Kati Glaser’s Afternoon and the longer work of the István Horkay - István Orosz pair of directors, Albrecht Dürer’s Rhinoceros. In addition to our short films festival audiences could also meet our television series, as the jury selected an episode of Kati Glaser’s Urban Legends and The Crusaders in Hungary, the series of Marcell Jankovics showing the life of the kings of the Árpád House, into the competition, as well. 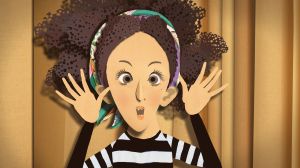 The animations of Kati Glaser and Mari Horváth travelled all the way to India. At the Vintage International Film Festival (16-17 March) an episode of Urban Legends and Gypsy Tales represented the studio of Kecskemét.
The Fiery Red Snake, the Gypsy Tale directed by László Balajthy, hand in hand with the films of our female directors, Afternoon and The Flower of the World, the World of the Flower, also got the opportunity to introduce themselves at the Mediawave Festival (27 April-1 May) of Komárom. The latter small film introducing folk prayers was also screened in the competition program of the Golden Kuker – International Animated Film Festival (5-13 May) in Sofia. 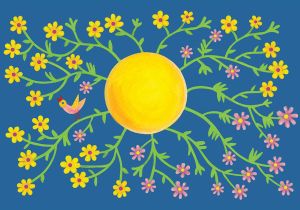 (Dóra Keresztes: Flower of the World, World of the Flower)

The episodes of two of our television productions got a place in the screening series of the Kids First! Festival of New Mexico which started in May this year and which goes on until the spring of next year. The young jury selected The Fiery Red Snake and the Auntie Veronika episode of Urban Legends into its children’s film program.

István Lugosi’s first directing, Crane Story from Hortobágy, also started its journey in the festival circuit, which was produced on commission from the Directorate of the Hortobágy National Park. The 13-minute informative animated family film debuted on the silver screen at the Gödöllő International Nature Film Festival (25-27 May).

At Animafest (4-9 June) of Zagreb the episode titled How Was Man Created of the Gypsy Tales series was selected into the children’s film section. Martina Peštaj, a Slovak media psychologist selected the films arriving from all the regions of the world. The episode showing the origin history of the Roma was directed by Mária Horváth. Earlier the international audience could also see the film in the panorama section of the Italian Cartoons on the Bay (12-14 April) children’s film festival. 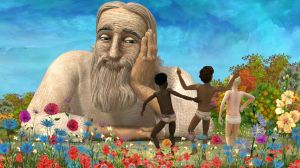 The film of Kati Glaser, Afternoon, which uses mixed techniques, will be screened in the competition program at the Norwegian Short Film Festival (13-17 June), where in addition to animated films live-action works will also be shown. 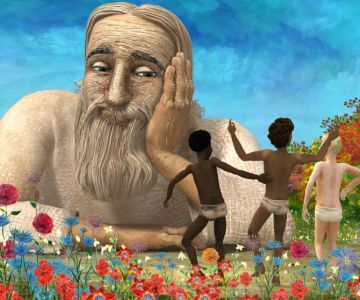