All of the 2841 kindergartens in the country will receive the box set of animated series Hungarian Folktales, including a storybook.

On Tuesday, Miklós Kásler, Minister of Human Capacities held a press conference in Budapest, confirming that the DVD box set and the storybook bundle will be delivered to kindergartens in the following days – so children can already watch the tales before the holidays.

The Central Asian heritage of Hungarian culture was fulfilled by Christianity, carrying a characteristic philosophy, which have been preserved by oral tradition and folk art until the present time. Many times, these tales are based on real motives, expressing human attributes and relationships.
In the end of Hungarian folktales, goodness always wins, and shortcomings are remarkably exposed. These folktales are not only intended for children, but also express the general nature of mankind.

Ferenc Mikulás, executive director of Kecskemétfilm Kft. noted: for 34 years, the series Hungarian Folktales was created by acknowlegded directors like Marcell Jankovics, Mária Horváth, and Lajos Nagy.
The DVD edition of Hungarian Folk Tales, bundled with a storybook, will be shipped to Hungarian kindergartens in the following days – so the children can already watch the episodes when Christmas comes. 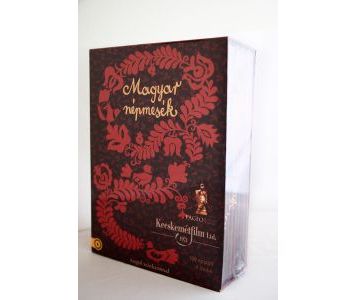