Generations grew up watching the Hungarian Folk Tales series, which has since gained the “Hungarikum” qualification; the legendary Water-Spider, Wonder-Spider animation series was also produced in Kecskemét; international productions made here gained three Oscar nominations and a César Award; the animation of the Toldi series has been completed recently; the 15th Kecskemét Animation Film Festival established by them is approaching; and they still have other plans in store. Kecskemétfilm is 50 years old this year, led by now 80-year-old Ferenc Mikulás from the very beginning.


The first regional studio of Pannonia Film Studio was established in the summer of 1971 in Kecskemét, led by now 80-year-old Ferenc Mikulás, who continues to be the head of the studio to this day. The first animation series to which the studio contributed to in design and by carrying out subtasks was The Adventures of the Mouse on Mars in 1975. Then followed the first big success of the Kecskemét studio, the series Water-Spider, Wonder-Spider, directed by Szabolcs Szabó, which was bought by 46 countries. The legendary series was made into a feature film in 1983, which was digitally remastered in 2019 and was premiered again in cinemas so that another generation of parents and children may get to learn about the friendly and often funny residents of our water habitats, while they are also taught that friendship and the protection of our environment are equally important in keeping our planet a place fit for us to live in. 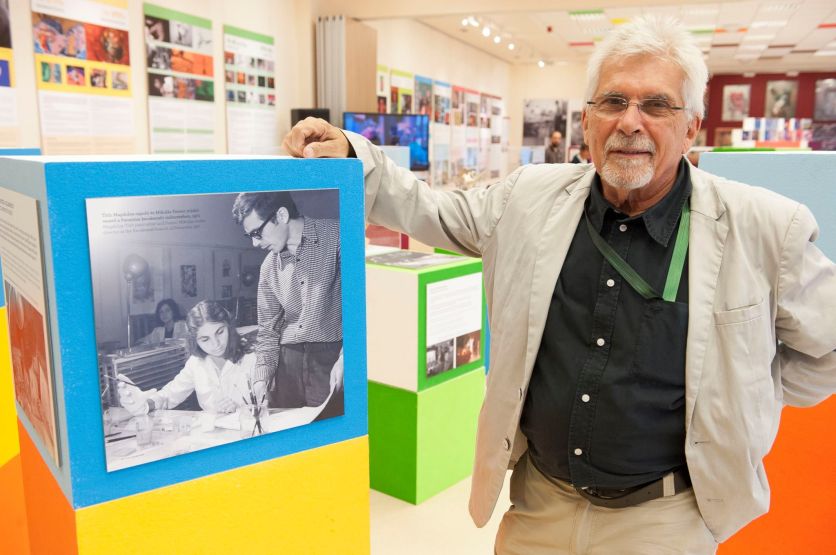 The next great success of Kecskemétfilm was the many seasons of Hungarian Folk Tales, the production of which started in 1977, led by Marcell Jankovics. “Our primary goal was to preserve in a modern form the ethnographic and literary values we were born into in order to communicate it to the new generations growing up as well.” – said Ferenc Mikulás. The series, which has since gained the “Hungarikum” qualification, has been seen on the Internet by 134 million people from 170 countries.
The series titled Tales of King Matthias was completed in 1985, followed by a feature film, and upon the invitation of the studio, Marcell Jankovics crerated the series Legends from Hungarian History in 1987.
So that the geographical distance from the centre does not isolate the studio from the main circulation of the country’s and the world’s animation scene, Ferenc Mikulás decided to establish an international scholarship system. From the mid 1980s, scholarship holders visited Kecskemét from Iceland, Germany, Belgium, the Netherlands, the United States, Canada and France, and for the local colleagues, this provided about the only opportunity to travel abroad at the time.
After the change of the political regime, 35 colleagues privatized the studio, and so Kecskemétfilm Ltd. was established in 1993, which also started to produce 3D animation films after the turn of the millennium. The studio, deservedly renowned by then, received numerous international commissions as well, out of which three full feature films (the Spanish Chico and Rita, the Irish The Secret of Kells, and the French-Japanese The Red Turtle) were nominated for Oscar, and the French Wolfy, the Incredible Secret received a César Award.

In 2011, Ferenc Mikulás and Kecskemétfilm led by him were given the Hungarian Heritage Award, and as a unique achievement in the industry, the studio is proud to have nine Balázs Béla Prize-winner director, animator and production manager colleagues.
The episodes of Toldi have been completed recently, and the dates of the 15th Kecskemét Animation Film Festival established by the studio are fast approaching—the festival held between 11–15 August will showcase selected works from the past 50 years, and an exhibition will present the most memorable moments of the studio’s 50 years.
50-year-old this year, Kecskemétfilm has grandiose plans in store: in collaboration with the Moholy-Nagy University of Art and Design, they are starting an animator training programme at the John von Neumann University of Kecskemét, and they would like to establish the House of Hungarian Animation Museum, of course, also in Kecskemét. 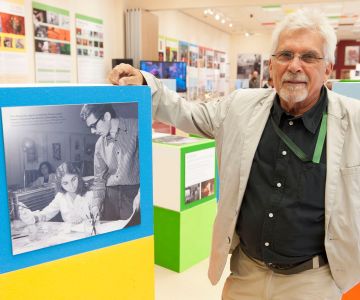