Once the priest told a rich man, who has been in his whole life a usurer, he will get in the hell because of this life. He sent his three sons to learn a craft. After the apprenticeship, when the father was at death's door the sons were proud of being very successful in their crafts. The rich man asked the priest to come to him and redeem him from the hell and he left his wealth to the poor since his sons can survive anywhere. This is how the three boys got nothing for their pains. 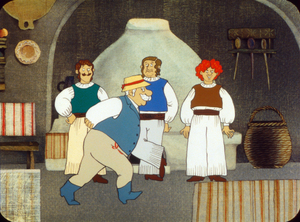 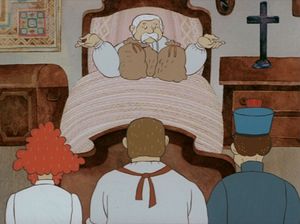 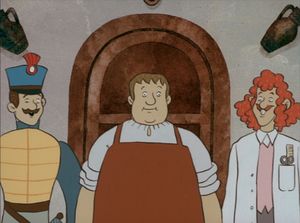