Once upon a time a poor widower gets ill and dies – but she cannot leave anything to her daughter. The daughter leaves home to beg, but for no good, nobody gives her anything, they rather send her to work. However, the girl was very lazy – she rather tried to get ahead with her shrewdness. She also tricks the king, who sells his castle to the person who does not bargain a bit. This is how she gets into the castle, which has as many windows as there are days, and it has as many doors as there... 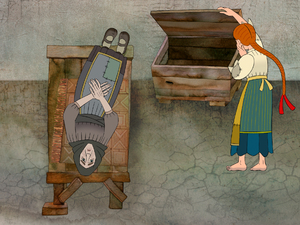 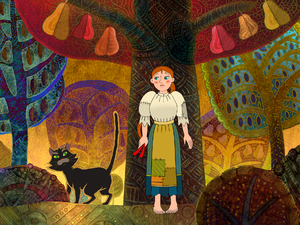 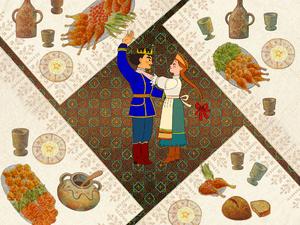