Story of the Girl in the Blue Dress

Are there any stories behind pictures, or could their figures have their own life? Yes, it is possible... Taking as the first base Picasso's picture of "Child with a Dove", linked together with some other pictures, put on stage by a puppet theatre, exposed on film frame by frame, fondled with so many people's love, told without words and performed with the music of Erzsi Kiss, our little girl in blue dress and her story was born. 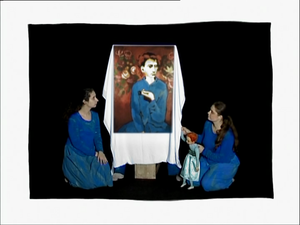 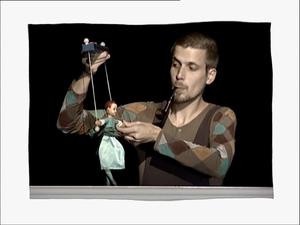 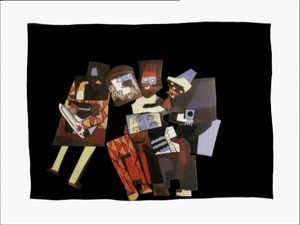